I saw Sleepy Sun in concert december 14 in Brussels at “Le Botanique”. It was a magical evening with my princess.

It was in the very cool “rotonde”, it’s a circular arena and it’s magical, you can be very close to the band.

Here is the encore of the concert, they did a cover of “The Chain”. The whole concert was perfect! The song were a little bit longer than the original tracks.

The light show was minimal but it was giving a nice mood to the event. Here is the band at the end of the concert: 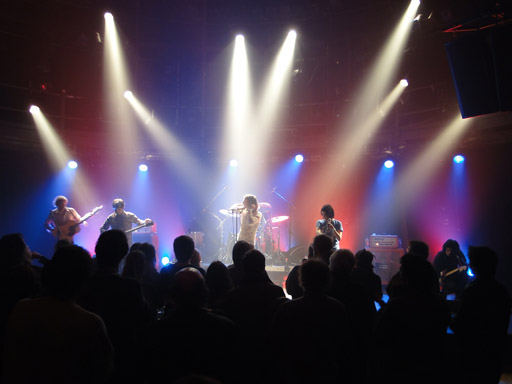