I was surprised to see on emusic that the Biosphere album supposed to be released on September 8 is already available as advance release (I wrote this article on august 18). 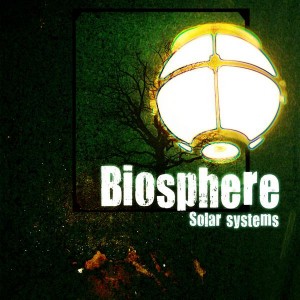 It’s an unusual release for Biosphere, he is going back to more dance music and very melodic tracks, leaving the ambient textures he delivers usually. It looks like most fans will not like it because it’s atypical from him but you can understand that a musician sometimes needs to divert and explore other ways. I did just listened to it quickly and for me it’s a very cool and fresh album. You can preview it and buy it here:

I just received that mail from Biophon records:

We have noticed that there is some confusion on an album release called “Solar Systems” by an artist using the name Biosphere.

Please be aware that this is NOT a Biosphere release.
ItÂ´s a cheap Trance album (German style… ) written by somebody from Canada (?).
and released by the Canadian label Hopeful Tragedy Records.

So in the end this album is a fake release!